In the 7th and 8th century, Kayasthas were in Kashmir and later they shifted from Kashmir to northern India and madhya bharat. The word Prabhu means supreme or powerful.


As we read the Origin of CKP's is from Kashmir and North India. The Pandavas , Kauravas, Gupt Vansh are all Chandravanshis. Sometime during the advent of Budhism, the last CKP kingdom was lost and the community moved to Mandugadh where they held important positions in the court of the Parmars.


After Mandugadh fell to Allaudin Khilji, the Prabhus fled from Mandu. They went into Gujarat and they via sea landed in the Konkan strip where they made their homes. Totally 42 families came to Maharashtra in 1305.


In Maharashtra they were successful but faced lot problems from Brahmin Community, especially the Kokanastha Brahmins. Between 1400 and 1900 Brahmin's layed Gramanyas i.e. Boycott on them. Each time the CKP families got various proofs of they being Prabhu's, including letter from Shankaracharya.


The most famous example is when Mr.Balaji Avji Chitnis wanted to perform the Thread ceremony ( Munj ) on his son. Brahmins did not allow him saying " Prabhu's are not Brahmins and are from lower caste, hence thread ceremony cannot be performed on them". Mr.Chitnis got letter from then Shankarachaya Vidhanrusingha Bharati from Karvir Peeth, in year 1913, which said "Prabhu's are Rajanya Kshatriyas (Royal warriors)". Only Rajanya Kshatriyas (warrior by profession ) are allowed to do thread ceremony, so though Maratha's are Kshatriyas thread ceremony is not performed on them. Only exceptions were Bhonsale's who were decedents of Sisodia Royal family of Rajasthan. The Letter written by Shankaracharya can be found in office of Bombay Gazzette.


One interesting point came to me that, our Gotra is nothing but the main originator man. All were Rushi's or Sadhus if you add Charya to each gotra you get the Rushi's name. 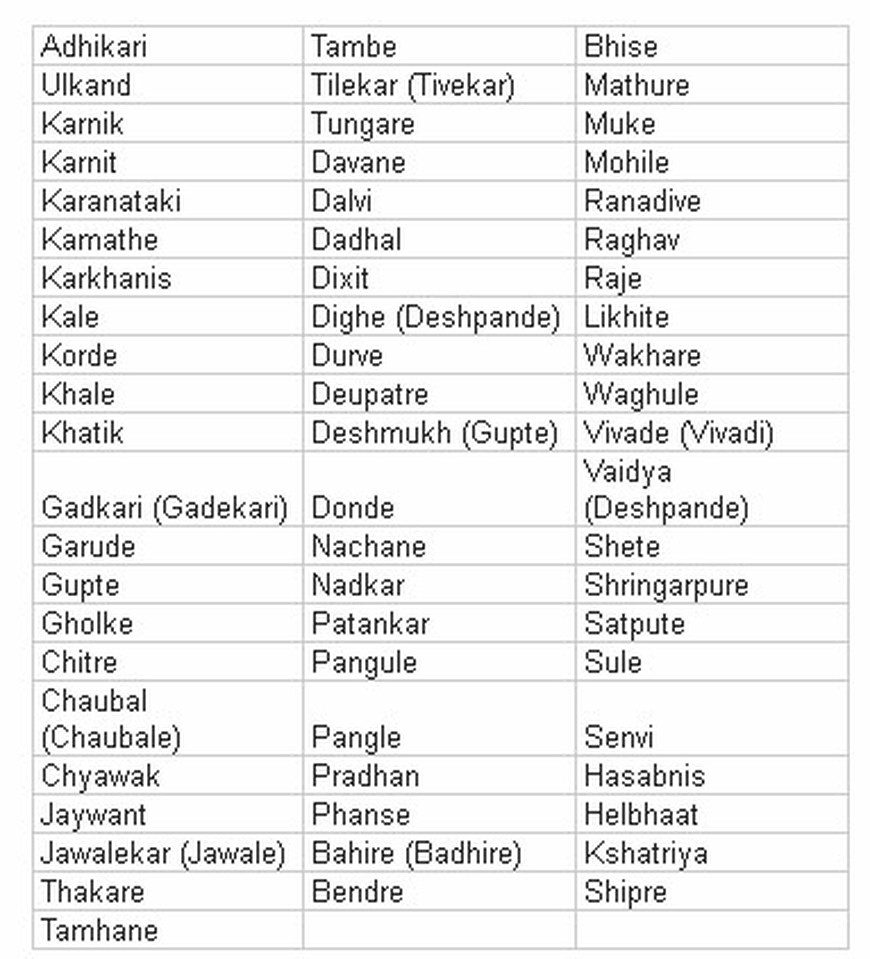