The Kaithi script developed from the Gupta script and was used from at least the 16th century to write a number of languages, including Bhojpuri, Maghadi, Urdu, Awadhi, Maithili and Bengali.

During the British colonial period the use of Kaithi was discouraged, except in Bihar, where it was made the official script of government offices and courts. As a result it is also known as the Bihar script. Elsewhere it was used mainly by the Kayastha, and the name Kaithi is derived from Kayastha.

Until the early 20th century Kaithi was widely used, but since then it has been largely replaced by Devanagari or other scripts, although it is apparently used to some extent in personal correspondence in rural areas.
Notable Features

Type of writing system: alpha syllabary / abugida.
Direction of writing: left to right in horizontal lines.
Consonant letters carry an inherent vowel which can be altered or muted by means of diacritics or matra.
Vowels can be written as independent letters, or by using a variety of diacritical marks which are written above, below, before or after the consonant they belong to. 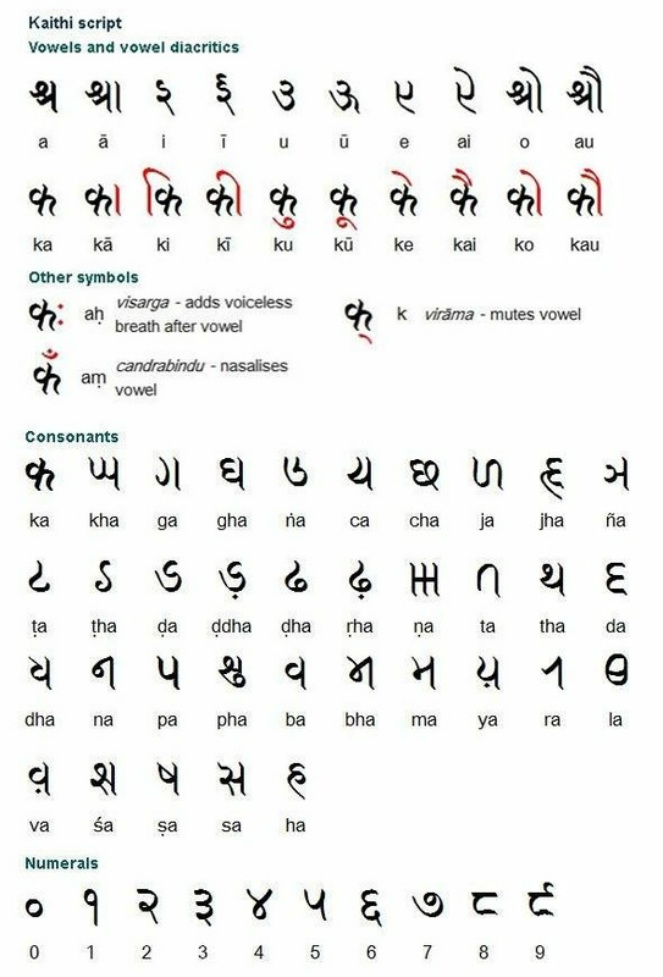