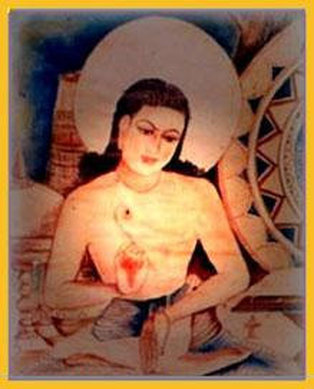 Sankardev inspired the Bhakti movement in Assam just as Guru Nanak, ... The authorship of the biography credited to Ramcaran Thakur, Daityari Thakur's father, .... landlords in Assam, and Sankardev belonged to the Kayastha Hindu caste.

Bheladonga, Cooch Behar, West Bengal, India Titles/honours Venerated as Mahapurusha Founder of Ekasarana Dharma Philosophy Ekasarana Quotation Do, therefore, regard all and everything as though they were God Himself. Seek not to know the caste of a Brahmana nor of a Chandala. Srimanta Sankardev ([ˈʃrɪˌmʌntə ˈʃænkə(r)ˌdeɪv]; 1449–1568) (Assamese: মহাপুৰুষ শ্ৰীমন্ত শঙ্কৰদেৱ Môhapurux Srimôntô Xônkôrdeu), was a 15th–16th century Assamese polymath: a saint-scholar, poet, playwright, social-religious reformer and a figure of importance in the cultural and religious history of Assam, India. He is widely credited with building on past cultural relics and devising new forms of music (Borgeet), theatrical performance (Ankia Naat, Bhaona), dance (Sattriya), literary language (Brajavali). Besides, he has left an extensive literary oeuvre of trans-created scriptures (Bhagavat of Sankardev), poetry and theological works written in Sanskrit, Assamese and Brajavali. The Bhagavatic religious movement he started, Ekasarana Dharma and also called Neo-Vaishnavite movement, influenced two medieval kingdoms---Koch and the Ahom kingdoms---and the assembly of devotees he initiated evolved into Sattras over time, which continue to be important socio-religious institutions in Assam and to a lesser extend in North Bengal. Sankardev inspired the Bhakti movement in Assam just as Guru Nanak, Ramananda, Kabir, Basava and Chaitanya Mahaprabhu inspired it elsewhere in the Indian subcontinent. His influence spread even to some kingdoms as the Matak Kingdom founded by Bharat Singha, and consolidated by Sarbanda Singha in the latter 18th century endorsed his teachings.

His literary and artistic contributions are living traditions in Assam today. The religion he preached is practiced by a large population, and Sattras (monasteries) that he and his followers established continue to flourish and sustain his legacy. 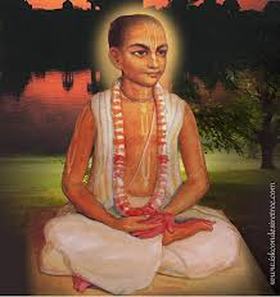 Narottama Dasa Thakura was a life long brahmacari.He was born in a Kayastha caste family, the son of King Shri Krishnananda Datta, who ruled the area of Gopalpura in Rajashahi district of modern day Bangladesh, his capital being Khetri on the Padma River. Narottama's mother was Narayani Devi, and he was born on the purnima in the month of Magha (January) 1520 AD.

From Narottama's early childhood he was always attracted to Shri Chaitanya.When Narottama was born the astrologers came, cast a chart, and said that either this boy will become a great king or a mendicant preacher. He was also trained in sanskrit which he mastered in a very short time, and for this was very much renowned for his eloquence in the use of sanskrit grammar, poetry, prosody etc.
At the age of twelve Narottama dasa Thakura had a vision of Lord Nityananda in a dream. He told Narottama to take bath in the Padma River whereupon he would receive love of Godhead. Following the instructions of Lord Nityananda, Narottama bathed in the Padma irregardless, and the Goddess of the river appeared and on the order of Lord Chaitanya, gave him pure love of Godhead.

Though still a young man, Narottama das would only maintain himself by observance of the vow of madhukari, which means that he would only eat what he could beg by going from door to door of the householder devotees, just as a bumble bee goes from flower to flower to take pollen. By this strict vow Narottama kept no kitchen or store of foodstuffs. He simply relied only upon the mercy of the Lord.

Narottama dasa Thakura would preach like anything, removing the misconceptions of the age, and would invoke his disciples to follow suit.

This was one of Narottama dasa Thakura's main preaching points – that a Vaishnava is not a mllecha, nor yavana, nor brahmin, nor sudra, etc. Vaisnavism should only be guaged according to one's surrender and realization in Krishna consciousness. There should be no consideration of birth, age, caste, creed, shoe size, education, social status, who one is initiated by, the year one took initiation, or when one first came in contact with devotional service. Nor is Krishna consciousness advancement dependant on household duties, taking sannyasa, ritualistic performances, group agreement, or the like – simply how one is absorbed in one's service to the lotus eyed Lord. This is the conclusion of Narottama dasa Thakura's preaching stratagy.

Narottama had many thousands of disciples, mostly in the areas of modern day Bangladesh. He passed away from this world under the tamarind tree at Prema Ghat by the side of the Ganges (Padma River) at Kheturi, where Lord Chaitanya had sat, and where the goddess of the river presented to Narottama pure love of Godhead, after composing the beautiful song, "Saparsada bhagavad viraha janita vilapa," which begins "je anilo prema dhana koruna pracur heno prabhu kotha gela acarya thakura."

Bhaktivinoda Thakur took birth in a well-known aristocratic Kayastha family on 2 September 1838 in the town of Ula, near Birnagar, in the district of Nadia, Bengal. He was the son of Raja Krsnananda Dutta, a great devotee of Nityananda Prabhu, and Jagat Mohini Devi and was given the name Kedarnath Dutta. He studied at Krishnanagar College and was extremely well known by the surrounding educated society for his goodness, vast intellect, scholarly nature and his exceptional talent at debating and writing.

He accepted the role of government service for his livelihood and for a time was posted as an officer in Orissa and as inspector of the Jagannath Puri Temple.  His duty there was to guard against corruption. He established regulated worship of the Deity and he organised daily discourses in Srimad Bhagavatam in the Temple courtyard. Srila Bhaktivinoda Thakur spent much time chanting the Holy Names and regularly took darshan of the holy places in Sri Puri Dham—especially Tota-Gopinath Mandir, the samadhi of Srila Haridas Thakur, Siddha Bakul and the Gambhira.

While serving in Dinajpur, He gave his speech saying, “The Bhagavat, the revealed scripture of the Vaisnavas, does not allow its followers to ask anything from God except eternal love towards Him.” Knowing that in the future Vaisnavism would spread across the world, he said, “See how universal is the Vaisnava religion! It is not intended for a certain class of Hindus alone, but it is a gift to man at large, in whatever country he is born and in whatever society he is bred.”